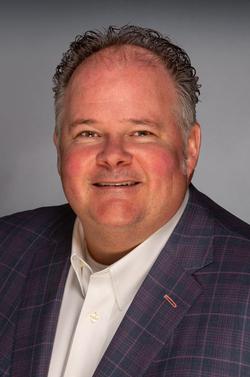 Matt is the President of Dee Cramer Inc. an 83-year-old Sheet Metal/HVAC Contractor in Holly Michigan. Matt has given over 50 presentations to audiences of Architects, Engineers, General Contractors and Subcontractors all over North America on BIM and IPD and their adoption. Dee Cramer was ranked as the 11th largest Sheet Metal Contractor in the U.S. by ENR Magazine (October 2019). Dee Cramer specializes in Institutional, Commercial and Industrial Projects. They do Design/Build, Design/Assist and Plan/Spec Work. They are an industry leader in 3D CAD and Building Information Modeling (BIM) and Integrated Project Delivery (IPD).

Matt graduated from The University of Notre Dame with a BBA in Accounting. Like his father and grandfather, Matt is very involved in giving back to the industry and the community in which he works. He has served on numerous SMACNA National committees and is a past member of SMACNA National Board of Directors. He is a Trustee for the International Training Institute (ITI). Locally he serves on the Detroit SMACNA Board of Trustees, and he is a Trustee on the SMART Local #7 Pension and Health & Welfare Funds and he is a Trustee on the SMART Local #80 Pension Plan. He is a Board Member of the Construction Association of Michigan (CAM). He is the chair of the Powers Catholic High School Board of Trustees and is on the Regional Leadership Council of the Flint & Genesee Regional Chamber of Commerce. In September 2009, Matt was named the recipient of the Joe Ryder Leadership Award for his exceptional leadership and philanthropic efforts to impact the lives of children by Big Brothers and Big Sisters of Greater Flint. Matt was named as SMACNA’s National Contractor of the Year in September 2011. Matt was inducted to the SMACNA National College of Fellows in October 2014.

Personal Interests: Matt is married to his wife, Sharon, and they have three children; Matthew II, Stefan and Miles. He also enjoys pheasant hunting, golfing, tailgating at College Football games and an occasional Bourbon or Jameson with a cigar. 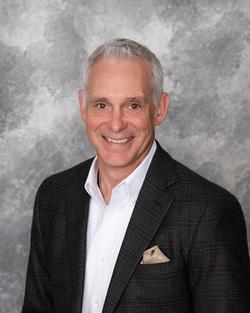 Like his brother Matt, Rich worked with his grandfather and with his father, Dick in the family business which started in 1937.  In 2005, Rich stepped into a larger leadership role when his father, Dick, stepped aside to become Chariman of the Board.

Rich started with Dee Cramer in 1981, before he even graduated from Powers Catholic High School in 1982. He continued to work at Dee Cramer during the summers in the field and shop during the four years he attended the University of Notre Dame where he earned his BBA Accounting in 1986.

Rich worked his way up from Estimator, Project Manager and Vice President, which eventually put him as Vice President of Service, a position he holds today.

Heading up the commercial service division at Dee Cramer, Rich prides his team on excellence in design, workmanship, competitive pricing and customer service.

By serving on many industry boards and working in the community, Rich is able to keep a well rounded view of the company as a whole which allows the company to grow positively.

Personal Interests: Rich is married to his wife Kathryn and they have three children; Alec, Nicole and Luke. He enjoys reading, ice hockey and golfing.

Heather has over 20 years of experience in providing financial leadership to large manufacturing corporations. Her career foundation in public accounting and subsequent experience in risk management, financial reporting, capital planning, supply chain, sales and operations provide her with a widespread business perspective. She is responsible for Dee Cramer's financial organizational strategies, strategic initiatives and direction. She also oversees the Information Technology operations of the company.

Heather received her Bachelor of Arts degree in Accounting from Michigan State University and went on to become a CPA in 1999. She is a graduate of the Dale Carnegie Leadership Training program and the FMI Leadership Institute. 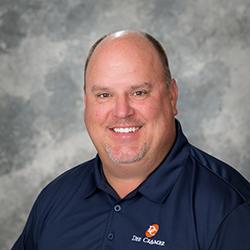 Steve began his career at Dee Cramer in 1988 as a Sheet Metal Pre-Apprentice. Since then, Steve has worked in the Shop, Field, CAD, Estimating, BIM and has led our successful transition to the Autodesk Fabrication platform for Estimating, CAD and Fabrication which has positioned us to be more efficient in delivering projects for our clients.

Steve leads the Estimating Support Group as well as the CAD / BIM department. Steve has and will continue to lead the charge with advancing the Dee Cramer technology commitment that has been and continues to be a competitive advantage for us. Steve will continue to drive process improvements and efficiencies from project inception through installation.

Steve was one of the first individuals from a Specialty Contractor to earn the Certificate of Management – Building Information Modeling (CM-BIM) in 2011. He is a graduate of the Dale Carnegie Leadership Training program and the FMI Leadership Institute.

Personal Interests: Steve has two children: Makenzie and Chace. He enjoys family time, especially with his only grandchild, Braislynn. Steve also enjoys participating in his kid’s sports, golfing, and motorsports. 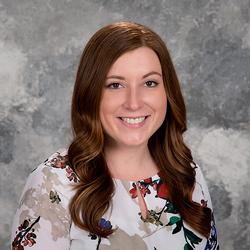 Kelsey began her career in Human Resources in 2014. Before coming to Dee Cramer, her focus in HR was recruiting and employee engagement. Kelsey’s true passion is employee relations which is what makes her a great asset to the Dee Cramer team. She enjoys rolling up her sleeves and working one-on-one with employees to help them achieve their highest potential.

Kelsey graduated from The University of Michigan – Flint with her Bachelor’s degree in Business Management, Human Resources. She has gone on to receive her PHR certification.

Personal Interests: Kelsey is married to her husband Tom. They have two children: Harper and Norah, and one fur baby, Vedder (named after her favorite musician, Eddie Vedder). She enjoys camping, golfing, kayaking, and spending time with her friends and family.

As the newest member of the Dee Cramer leadership team, Nick came on board in January of 2020 and brings close to 30 years of industry experience to his role as Vice President – Project Management. After a successful leadership career in a non-HVAC related service industry in the eighties, Nick gained his entre’ into Sheet Metal as a Sales Engineer for a local manufacturers rep firm in 1992. Four years later, he was invited to join a family business working for his parents. Over the next 20 years, Nick worked his way up the ranks to eventually achieve the position of President in 2012.

In 2016, Nick went off on his own, working as a consultant / broker, specializing in Industrial Ventilation. He successfully secured and completed various large projects in Michigan, Kentucky, Tennessee, Alabama and Texas, managing everything from estimating and contract negotiations, to pre-project planning, execution, change management and close-out.

Nick states “by joining the Dee Cramer team, I get to leverage my varied leadership experiences within and outside our industry, and there is no better place to do it than with the Dee Cramer family. Their core-values align perfectly with mine”.

Roles in the community: Nick has been a member of the SMACNA Detroit Board of Directors, as well as Chairman of the Board of Trustees and member of the Labor Negotiating Committee. He is also deeply involved in his local community; counseling and mentoring young men in clean living, career and family dynamics.

Personal interests: Nick has been married to his wife Isabella for over 30 years, and they have three children: Marguerite, Bellamy and Nick III. He is also the proud grandpa of Peter and Lucy. Nick enjoys spending time with family, snow skiing, shooting sports and sailing.

Contact us today regarding a quote on your next project.